Why is HALEU needed?

Centrus Energy is pioneering the development of a high-performance nuclear fuel component called High-Assay, Low-Enriched Uranium (HALEU), which is expected to be needed in the next few years to power both existing reactors and a new generation of advanced reactors to meet the world’s growing need for carbon-free electricity. If America wants to lead the global deployment of these innovative new reactors, establishing an assured domestic source of HALEU is essential. 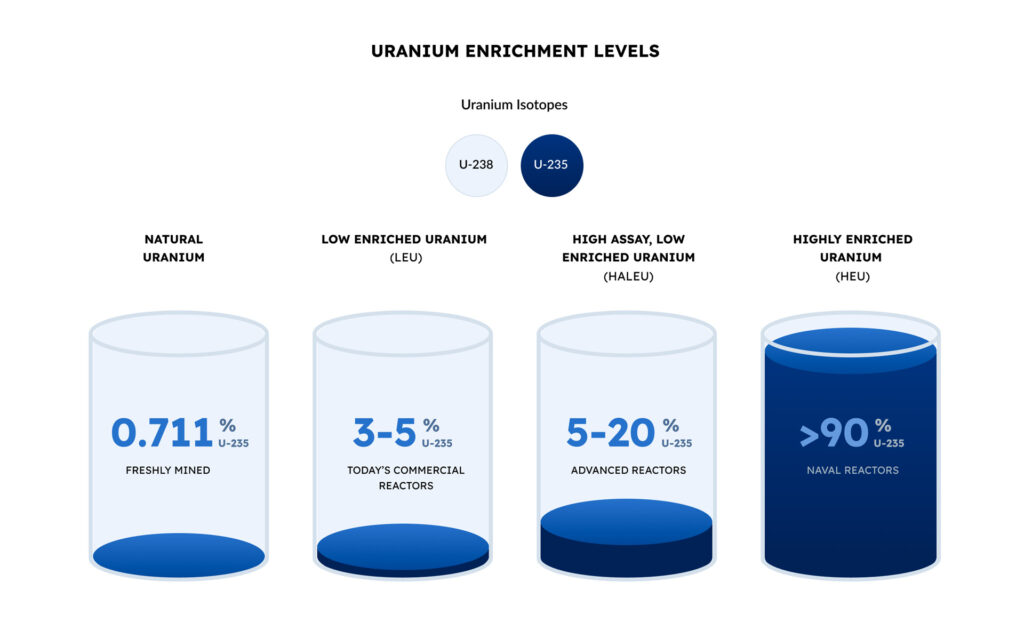 Under a contract with the U.S. Department of Energy, Centrus is deploying a cascade of AC100M centrifuges at the American Centrifuge Plant in Piketon, Ohio — the first facility licensed by the U.S. Nuclear Regulatory Commission for HALEU production. While the initial capacity of the facility will be modest, subject to the availability of funding and/or offtake contracts, it can be scaled up modularly to meet any level of HALEU demand.

HALEU is uranium that has been enriched so that the concentration of the fissile isotope U-235 is between 5 and 20 percent of the mass of the fuel. This is higher than the 3 to 5 percent U-235 concentration, or “assay,” of Low-Enriched Uranium that fuels the existing fleet of light water reactors. It is still far below the 90 percent assay used to make weapons or power the U.S. Navy’s fleet of nuclear submarines and aircraft carriers. 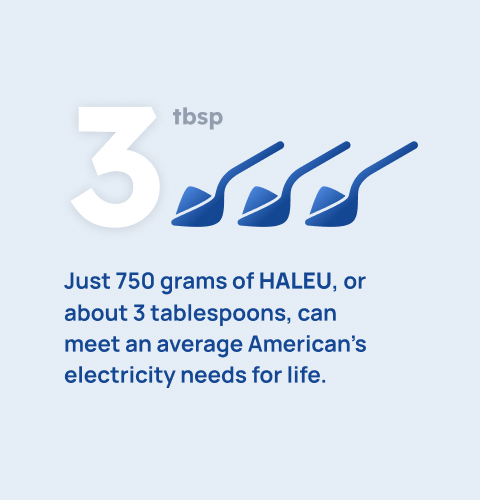 HALEU fuel has many advantages that improve reactor performance. The higher concentration of fissile U-235 means the fuel assemblies and reactors can be smaller, and reactors don’t need refueling as often, which is why many small modular reactor (SMR) and microreactor designs will run on HALEU. HALEU can also reduce the volume of waste generated.

HALEU can also be used in next generation fuel forms for the existing fleet of reactors. These new HALEU-based fuels bring improved economics and inherent safety features, while also increasing the amount of carbon-free electricity that can be generated.

Why is HALEU Needed?

Most of the advanced reactor designs now under development are expected to operate on HALEU, including the first non light water reactor under licensing review by the U.S. Nuclear Regulatory Commission as well as 9 out of the 10 reactors selected by the Department of Energy’s Advanced Reactor Demonstration Program.

The lack of a domestic HALEU supply is widely regarded as critical to the successful commercialization of U.S. advanced reactor technologies, since potential reactor customers need to have confidence that fuel will be available for the life of the reactor. Establishing domestic HALEU production will make it much easier for America to lead the way toward large-scale deployment of carbon-free advanced nuclear plants. 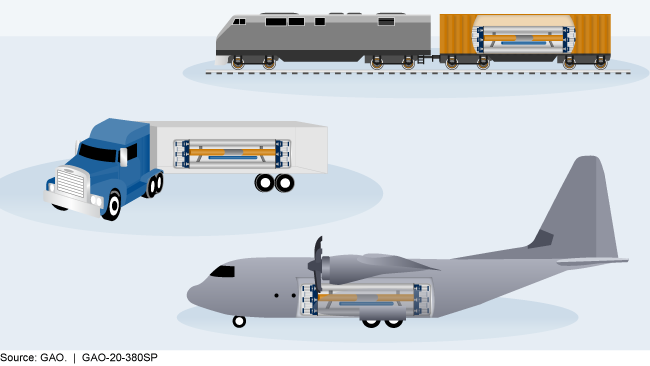 In addition to commercial needs, the U.S. Department of Defense’s Project Pele is working to build a prototype HALEU-fueled mobile microreactor in the next few years that can be transported by truck, train, or plane. There are also plans to deploy a stationary microreactor at Eielson Air Force Base in Alaska. If the Defense Department elects to deploy even a modest number of additional microreactors, it could result in a large demand for HALEU.
HALEU is used at many university research reactors worldwide and can also be used for production of lifesaving medical isotopes.